A look at what was involved in this year's annual OCS Dinner. Included are some photographs of the event. The College's current rowing captains enjoy a lovely time at the Old Cantabrigian Society Dinner
This year the Old Cantanbrigian Society (OCS) Annual Dinner was held on 28th November. There was a great turn out and the OCS was graced with many new faces, all of whom thoroughly enjoyed the evening.

By kind permission of the Principal, the Old Cantabrigian Society, whose members are all past and present students or staff at Hills Road, held their annual dinner in the Assembly Hall of the College.

The dinner was attended by 98 diners, including 9 current students at the College, ranging in age from 16 to 92. Many had travelled from far afield to attend what is always a most enjoyable evening, involving wining, dining and reminiscing. 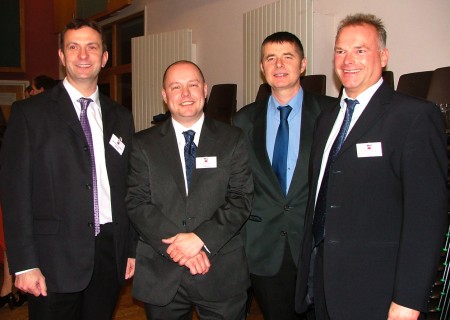 The bar, sited in the music recital room, known to most of the older alumni as the gym, opened at 6.00pm with the meal starting at 7.30pm.

After an extravagant and delicious meal involving 5 courses, all joined the President, Chris Hale (59-67), in toasting ‘The Queen’ and ‘Absent Friends’. 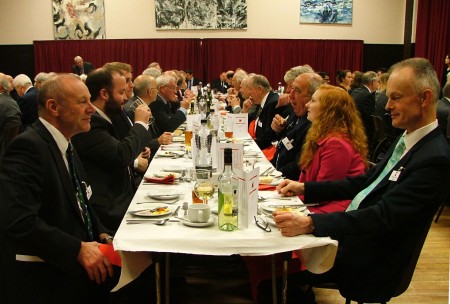 Before toasting 'The College',  Phil Johnson (70-77) spoke about his time at the College and later as a medical officer in the army, where he specialised in aviation medicine. In addition to his medical training, he had to qualify as a pilot for both fixed wing aircraft and helicopters.

One particular memory Phil shared, with which many could empathise, was attempting to count the holes in the ceiling tiles of the hall whilst sitting his GCE exams! (Anybody else admitting to this? Did you manage to get an answer?). 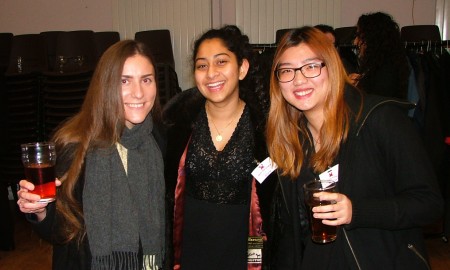 The Principal, Linda Sinclair, replied to the toast and told us of some of the recent, very impressive, activities and achievements of the students.

The annual dinner is always a very enjoyable evening. Some attend every year and others less frequently. Some travel considerable differences to attend, including from overseas. Many make a particular effort to contact those who they have perhaps not seen for many years to organise a reunion at the dinner. The seating plans take this into account. 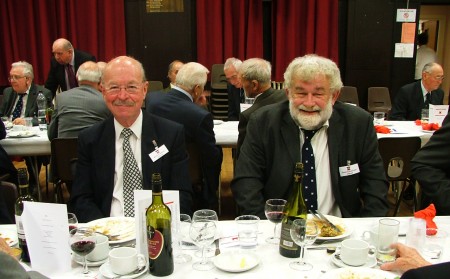 Next year’s dinner will be on Saturday 26th November 2016. Put it in your diary!

Details, when available will be on the Old Cantabrigian website, www.oldcantabrigiansociety.org.uk or from the Dinner Secretary, Joe Worth (01-03) worththemost@gmail.com

We look forward to seeing many of you again (and for the first time) next year! 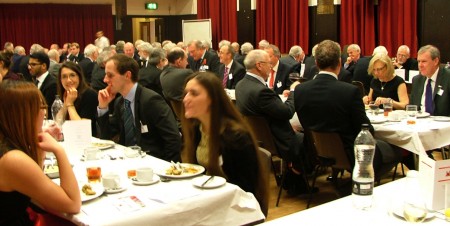 The "legendary code-breaker" Bill Tutte was a student at Hills Road - then known as Cambridge and County High School for… More...