Sian answers 5 questions and shares some embarrassing pictures (and stories) from her time at Hills Road!

Sian (far left) with friends in the quad

1.   When you were at Hills Road what did you want to do after Hills Road?
When I was at Hills Road I wanted to be a vet so I signed up to study all three sciences at A level. Chemistry and biology were OK but physics was totally beyond my abilities - I have a great respect for anyone who can wrap their brain around physics!

2.   Can you remember any of your teachers at Hills Road, if so, who were they?
Yes! I remember my Chemistry teacher Mrs X, she was wonderful and although she didn't take any nonsense (and there was a lot of nonsense) she did have a wicked sense of humour! My friends Rebekah Hardman, Claire Carrington and I would always be told off in class for not having a homework diary, talking, being late for lessons or once for dying eachothers hands red with a potent chemical dye (caught red handed)! I'll never forget her giving me a 'talking to' in the first year for not getting the grades she felt I could achieve - she definitely gave me the kick up the bum I needed to try harder! There are so many other teachers I remember, but I have forgotten their names...I would definitely remember if I saw them again though!

3.   What is your fondest memory of being at Hills Road?
There are so many! I think something I'll always remember is our end of year ball - it was amazing! There was a blow up assault course and big red buses to take us all there - such fun for an 18 year old! I remember chilling out in the basement and the quad and buying big chicken and sweetcorn baguettes from the sandwich shop next door (which I think is a flat block now!) and going to the Earl of Derby when I had a free period and drinking Earl grey tea. I remember feeling a sense of freedom when I got to Hills Road that I didn't have at school but also a sense of responsibility (to get to my classes etc.)...it definitely helped prepare me for life at university.

4.   What did you go on to do after Hills Road?
I took a year out (worked 6 months and travelled for 6 months - all the usual places, Australia and Thailand etc.) then I went to Imperial College London to study Biology BSc. On finishing uni, I stayed in London and joined the Accenture grad program for two years as an IT consultant working in financial services for one of the UK's biggest retail banks. I left Accenture in 2009 and did a bit more travelling for a few months, this time to China and New Zealand (I was mostly on my own but met two Hills Road friends, Sophie Morris and Naomi Jackson, for the NZ leg!). When I returned I joined a start up, BusinessBecause, where I worked for 5 years...part of which I spent living in Perth, Australia! I got married in 2012 and launched my business ToucanTech at the end of 2013 (we built the software that this alumni network runs on). I now live in Somerset with my husband and gorgeous daughter, Jemima, who was born in 2014.

5.   Did you make any special friendships while at the college?
Yes I made life long friends at Hills Road and I'm still in touch with a lot of them (some more distantly than others). There are a core group of 8 girls, who, despite living all over the country, I still see regulaly. I will definitely be sharing this with them, I know they'd love to join and reminisce about all the shenanigans we got up to at Hills Road!

A couple of awkward pictures I'm sure no one will thank me for sharing :) 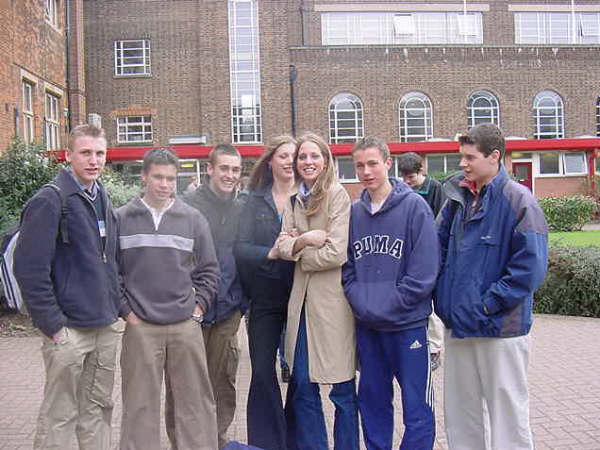 In the quad at Hills Road, I think this was upper sixth! From left: Matt Turl, Tim Holes, Will Mallet, Zoe A'Court, Alex Kessell, Harry. 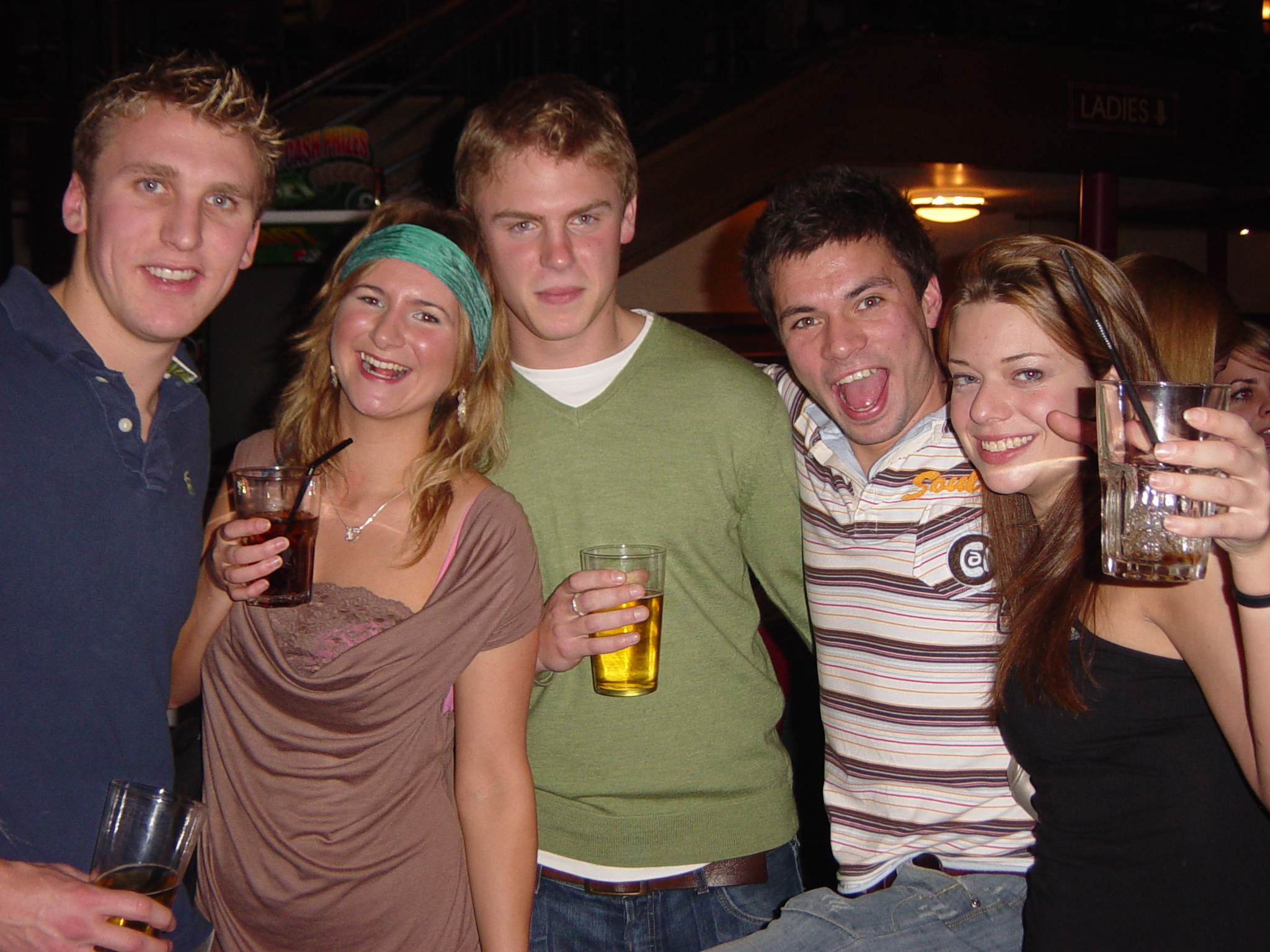 A few years after finishing at Hills Road, meeting up for a drink when back in Cambridge for Christmas (2005 I think). From left: Matt Turl, Sophie Morris, Joseph Penn, Tim Holes, Naomi Jackson. A new three-storey building, which is planned for completion in spring 2016, will replace the out-dated huts, otherwise known as the ‘stable block’. More...