Alumni Tom Wyatt and Ross Frame have been shortlisted for The IK Prize 2016, which recognises and celebrates digital creativity and innovation A photograph Tom made whilst at Hills Road

Tom Wyatt and Ross Frame (Alumni 2004-2006) recently entered and were shortlisted for The IK Prize 2016. The IK Prize, which is in partnership with Microsoft, is awarded for digital creativity and this year's brief was based around artificial intelligence.

We were able to catch up with Tom and Ross to find out what they've been up to since leaving Hills Road, and to find out more about their idea for the IK Prize.

Our fondest memories are without doubt from Tony Lumb’s Photography lessons. He taught us so many fascinating photographic techniques, many old and beautiful techniques using chemical photography as well as new and interesting digital ones. He gave us all the perfect balance of mentorship and freedom which created the ideal environment for enjoyable learning and creativity. His talent and teaching style were a real inspiration. He and Tuuli also organised a Photography trip to Venice which we will never forget! In the end we worked harder and got more out of our Photography classes than other A-levels we took. I (Tom) feel like the creativity and ability to improvise that I learned in Tony’s lessons have helped me more in my scientific career than the science A-levels I took combined. 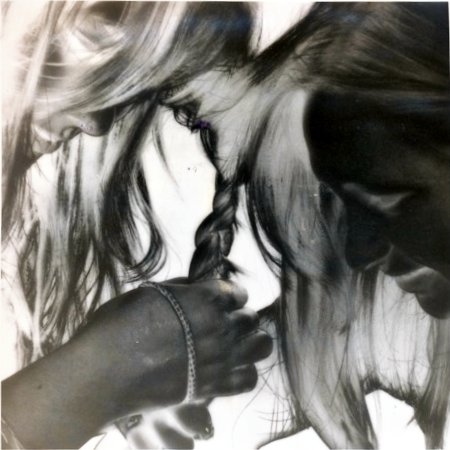 We also loved the outside spaces at Hills Road, which were great for relaxing and playing hacky sack after lessons when the sun came out. We made many friends in those places who we are still close with today.

Tom: I took a gap year after my A-levels, working for 8 months in industry and then travelling in South America for 4 months. I then studied Physics at Oxford University followed by a Masters in Theoretical Physics at the same place. I then started a PhD in Biophysics at University College London, which I finish this summer before moving to Paris in September for more research involving stem cells.

Ross: I did an art foundation at CRC and then went on to study a BA in Design / Illustration at Norwich Art School. I then went on to work at a variety of creative companies in London and now work as a project manager at an advertising agency.

3.       Were you both friends whilst attending the College, if so did you find it easy to stay in touch and how long have you been friends for?

We met at primary school in Comberton and were still good friends throughout Hills Road. Although we went to universities that were far apart, it was easy staying in touch by making visits to different friend’s universities and organising things to do when everyone was back during the holidays.

Ross found out about the IK prize through the Tate website and contacted Tom. We went for a pizza in a great place called Iccos to talk over some ideas after work. Tom explained all the latest things that can be done using artificial intelligence and came up with lots of ideas, which Ross said were rubbish (he was right). The next day we met again to talk and Ross had put the rubbish ideas (plus some new good ideas) together into something which actually made sense and which was interesting enough to get us through the first stages right through to the final four teams.

If we win we will have an exciting and no doubt stressful summer! The idea of putting on an exhibition at Tate Britain is as daunting as it is exciting, especially since the idea is quite complex. We’re sure it would be an amazing experience anyway. After everything is over our dream is to go on a photography holiday to Greenland in the Spring.


If you'd like to find out more about The IK Prize and the shortlisted ideas, you can do so through their website:
http://www.tate.org.uk/about/projects/ik-prize

We'd like to wish Tom and Ross all the best for the future and a good luck from us all at Hills Road!

Share your experiences of Photography at Hills Road and where it's taken you by commenting below..